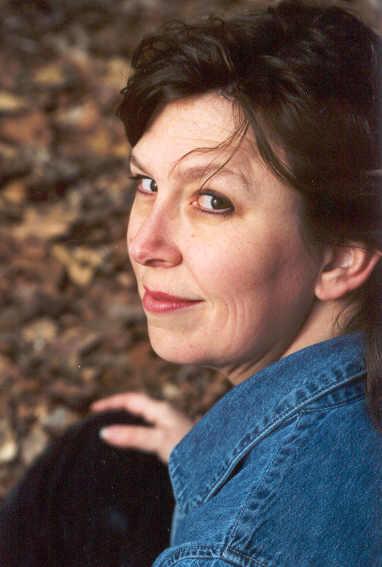 See, everyone reacts differently. Reading a really bad manuscript doesn’t make me want to cry. It makes me angry. No, I’m not kidding. I wish I were. This article could also be called “How to Make Me Stop Reading Your Entry” because clearly you didn’t take the time or make the effort to have someone else read what you wrote first. Among other things.

Honestly, NOT having someone else read your first chapter before submitting it ANYWHERE is clearly insane. That first chapter is your hook…that first chapter is going to dictate whether the reader keeps reading…and in my case, if the judge keeps judging. Yes, I’m back on the novel writing contest again. Hopefully, someone will gain some sort of insight from the awful, awful things I’ve seen. My eyes! (Cue music from Gone with the Wind.) Okay, I may be exaggerating just a little bit. My eyes don’t actually hurt, my brain does.

Missing words and typographical errors should NEVER occur in a first chapter. Theoretically, they should never occur in a manuscript, but we’re all human and eventually it’s going to happen. But in a submission to a contest? Really? I don’t get that. Many agents and/or publishers will ask for the first chapter(s) in their submissions instructions. If you’re not self-publishing, and you’re trying to hook someone, you HAVE to have that first chapter stellar and pristine. Anything less is setting yourself up to lose.The other huge mistake in 100% of the manuscripts I’ve seen so far has been the use of cryptic symbolism in the first few paragraphs. When I read this stuff, I feel like the author is trying to impress me with fancy footwork, when they really fall flat on their faces. In each case, I recommended they delete all that stuff, and start the story with their fourth or fifth paragraph when they actually get down to the business of the plot. All the houses on the street have front porches. Whoa. That doesn’t really set a mood – far too generic. How about “I hated going home because of the demonic looks I always got from the gang members next door as I walked up my front steps.”  Okay, that sets a mood. Nothing cryptic about it. Lin Robinson wrote a post about this very thing. You can read that here.

No physical character description early on can be a fatal mistake. Readers will fill in the blanks if a character isn’t described. Human nature dictates that readers will project their tastes and preferences onto a character if the writer doesn’t provide enough information (and even sometimes if they do!). If the description comes after the reader has made up his/her mind what the character looks like, that can cause a problem. If you don’t care about what the character looks like and you don’t mind if readers form their own conclusions, then don’t drop in description later.

One manuscript I just finished reading NEVER described the main character: neither physically or any other way which endeared the reader to him. Some people think physical description isn’t that big of a deal, and it’s not if the author gives the reader something which makes him/her want to bond with the character. I’ve seen it happen way too many times – the author thinks he/she is making the character quirky when in actuality the character is just not likable. Joe listened to the drip in the kitchen sink. The bathroom door still creaked – no big deal – he new he’d get around to fixing those someday. Okay, here’s a hint – that’s not quirky and endearing. That’s lazy.

Speaking of lazy: Parentheses – REALLY? That immediately tells me that the voice is just not working. If the narrator has to rely on parentheses to get the point across, well, it’s pretty much over for me right then and there. Other options are available – character thoughts, dialogue… Using parentheses just screams LAZY writer to me.

Another author kept saying the same thing, but different ways. Here’s an example: Sally took glee in finally introducing John to the forest. She’d grown up in the wilderness, and this was where she was at peace. John’s city upbringing caused him to feel out of place here. Sally could sense this, since she was raised in this natural place. The harmony she felt in the woods could not be rivaled. She wished John could experience the same magic she enjoyed because she loved the forest. It was in her blood, and clearly it was not in his. She could understand his discomfort, because that was how she felt when she was in the city, where he grew up. Out of place and awkward.

I want to stab myself, repeatedly, after writing that. I’m not kidding. All it would actually take to say that once and decently is this: Sally closed her eyes, reveling in the wilderness around her. She’d grown up in the forest, and that was where she felt at home. She sensed John, a city boy, was not so comfortable here, and wondered if this would come between them.

That’s all for now. Tune in next time when hopefully I will have happier things to say and Chevy Chase will have gotten his groove back.

27 thoughts on “How to Lose a Novel Writing Contest”