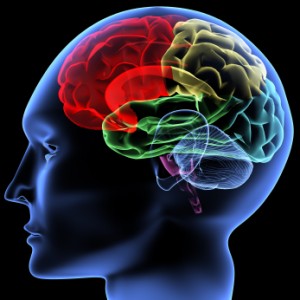 Are your revisions going nowhere? Stuck in a plot hole, a muddled middle, a twisted thread? Try some of these fairly harmless, out-of-the box suggestions to get your project moving again, endorsed by actual, real brain scientists with degrees and everything. No, I didn’t make this up. No, I won’t give you their e-mail addresses. Not without some serious coin. Hey, amygdalas and those cool scanning machines with the flashy buttons don’t come cheap.

1. Re-key each draft. Yes, after you read this, your little typing fingers will want to hunt me down and wrap themselves around my pale, tender throat. But bear with me a moment. You might have been weaned on a mouse, but I wrote the first draft of my first story longhand and then several revisions on an electric typewriter, back when we thought erasable typing paper was the most wicked awesome thing since pet rocks and Nastassja Kinski’s snake. Word processing programs have made our writing tasks ridiculously easy: too easy, sometimes, to the point where technology might not always be working in our favor as artists. A Word doc looks a lot like an actual book and can trick your mind into thinking it’s an actual book and that it’s sort of…well, permanent. If you’re not getting to the root of what needs to be revised, try one round of “old school” revision. Print your entire draft (cheapest if you put the file on a memory stick and bring it to Office Megalopolis or whatever), scribble your revision notes all over it, and then TYPE IT IN ALL OVER AGAIN. Yes. You read that right. You might call it torture, but I call it freedom. It frees your mind to let go of that seeming “permanence” of the electronic page so you can redraft your story with the abandon it might need.

2. Make a spill file. If you’ve fallen deeply in love with your darlings and are loathe to cut your lovely prose or re-key as described above, try this: Cut the text that (probably) needs to go but paste it into a separate document named “spill” or “ashes of ex-lovers” or whatever you want to call it. You can tell yourself that even though a certain brilliant paragraph nobody in your writing group liked is no longer in your current revision, IT’S STILL THERE in case you want to grab choice words for other projects or go back and admire it. (FYI, I have a spill file for every novel I’ve written. I’ve never used anything from them. But in the beginning, I felt much more secure knowing they were there.)

3. Put it away. I’m a fan of letting newly completed drafts “mulch” for a while before tackling them again with the fresh perspective of rested gray matter. Your actual mileage may vary, but science is starting to back me up on this. Some researchers, who performed brain scans on rappers, think bursts of creativity and the critical functions required for editing and revision are governed by different parts of the cerebral cortex. They suggest that if you have a normally-functioning brain (meaning one without, say, a tumor or a metal spike through it), your brain can, by allowing yourself a reasonable transition, toggle handily between tasks. If you’re really stuck, try giving one of those functions a vacation. Get away from your usual writing environment completely. Go for a walk. Work in your garden. Supposedly, Stephen King has worked through many an unruly draft while sitting in the stands at Fenway Park. Does that mean you can write off your season ticket as a tax deduction? Uh…that’s between you and the IRS. I’m not an accountant and I don’t even play one on TV.

4. Get fresh eyes. We’ve written a-plenty about beta readers. If you’re not using them, it might be a good time to start. With repeated readings, our brains grow accustomed to what we’ve written until we start skipping over small words and errors. Get the fresh-eyed feedback your tired brain can no longer effectively supply.

5. Dissolve creative blocks in water. There’s a reason this was invented. There’s a reason I do the dishes or go for a swim when I’m stuck for an idea. Is it the repetitive task aspect, relaxing your brain into creativity? The soothing warmth of the water? Some kind of evolutionary pull back to the ocean? Some scientists think engaging in relaxing activities releases more dopamine, which has been shown to increase creative activity in the brain. Combined with distraction from your intellectual pursuits, creativity can flourish. While nobody’s completely sure, water is a key element proscribed by one of my advertising professors and reiterated his favorite book, James Webb Young’s A Technique for Producing Ideas. It’s a two-step process: fill your head with everything you can on the subject, and take a bath. Happy revising. Mr. Bubble is optional.

What do you do when your revisions come to a screeching halt?

17 thoughts on “This is Your Brain on Revisions”