The Fiction Desk usually publishes stories that are more or less realistic, but now they want your ghost stories. All types welcome.

The competition is open to all English-speaking writers 16 and over.

Prizes: First prize, £500; second prize, £100. Both winners will be published in an upcoming Fiction Desk anthology.

Reading fee: £6 per story and £9 for two stories submitted together.

Deadline is May 31, 2013. For more information, please visit their website. 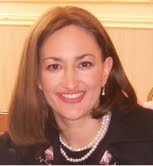 In my novel, “Spy Island”, the protagonist, a girl named Abigail, is compelled to cross the Caribbean Sea by steamer during WWI to live with her spinster aunt. On the journey, she strikes up a friendship with Ian, an Irish sailor. I incorporated those witty Irish expressions and that unmistakable Irish humor that wraps around you like a Shamrock wool blanket.

Ian’s Irish red hair burned the pages of my manuscript. His Cheshire cat grin, his twinkling eyes, his Gaelic sense of humor and manner of speaking, and his vulnerability captivated my Writing Class. And now we come to the “killing off part”. Out of a sense of duty and patriotism, Ian stalks a wanted German spy and turns up dead—a corpse lying in a pool of blood—on the boat deck.

The ladies in my Writing Group bristled at this notion. They demanded a rewrite. “But it’s crucial to the development of my story,” I argued. “If Ian doesn’t die, Abigail has no reason to hunt down German spies.” They shook their heads. “Change it!” they demanded. Again my brow wrinkled. Change it? And so, pen in hand, I kept the ominous pool of blood but removed the corpse. They were satisfied. But the question remains. When is it appropriate to kill off a character? END_OF_DOCUMENT_TOKEN_TO_BE_REPLACED

Shake off those winter blues and gear up for spring. It’s time to pack away the IU parkas and snowshoes. We have Indies Unlimited shirts, mugs, notebooks, mouse pads, bags, buttons, key chains and more!

Check out our Grow Your Dot line of products as well as the very impressive Pompous Ass Publishing seal. 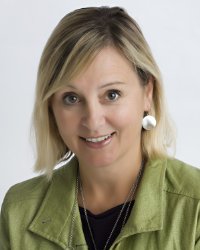 Kim was once a Maui scuba instructor by day and sang with her band in the hotels by night. She drove a sports car and led a charmed single life.

After meeting her Prince Charming in a Puerto Vallarta dream date contest, they moved stateside and twenty years later have a 16 year old soccer playing son and an eleven year old writer daughter. She resides in a big messy house with her family and two very disobedient dogs, overlooking a lake near Seattle.

Writing books about women having adventures is her dream job and she loves to hear from readers.