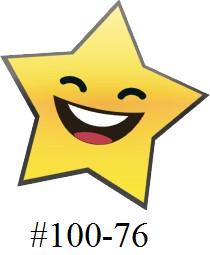 In my ongoing attempt to come up with something to say here every Friday, I am returning to a tried-and-true formula with which I believe I can squeeze out one solid month of columns. Yay, me. 😉

The formula is of course: One star reviews of classic literature. To that end, I will be working off the list found in The Novel 100: A Ranking of Greatest Novels All Time (2004), written by Daniel S. Burt.

Using Burt’s list, I will be visiting the usual suspected places and perusing the one-star reviews on all of the books he has selected, with perfect confidence that there will be plenty of one-stars on all of them. I will then list each book with at least an excerpt of what is a reader’s authentic opinion of the “greatest” novel in question. My only criteria in picking reviews to share will be that I find them amusing, and that they do not appear to be jokes.

Once again, I am not really doing this to make fun of any reviewers. That may be the funny part, but it’s not my point, and to tell you the truth there are some reviews here that I agree with completely. My only point is to offer a humble reminder to all my fellow scribblers that for absolutely any book in question, there is going to be at least one reader out there who thinks it is a steaming pile. That goes for your books, my books, EVERYBODY’s books. So when (not if) you get a one-star review, consider yourself to be in excellent company.

(Reviews have not been edited for grammar)

“(I)f we’re going to follow Scarlett and Rhett through a thousand pages of melodrama, we have to care whether they live or die. I did care, but I wanted them both to die.”

“Extremely boring book. I hated it. Too many big words and funky old time talk.”

“Don’t bother reading it, just watch the Disney movie, it’s so much better than the book!”

“For a card carrying member of the evil undead he sure seems to spend a lot of time slinking around.”

“The particular, kind of slapstick, humour was readable, but I found the story rather repetetive – bumbling Svejk does similar things again and again.”

“If I had to give an example illustrating what deus es machina means, I would chose this book.”

“In my opinion, Holden is the worst character in the English language.”

“(E)ven after finishing it I’m still not entirely sure what it’s really all about.”

“First off, the fact that Victor Frankenstein basically plays God the entire first half of the book bothers me a lot. It just isn’t right.”

“The book’s common thread seems to be characters who will travel thousands of miles in search of a hamburger.”

“As a rule, I strongly dislike dramas.”

“(T)he reason why I’m such a voracious reader is simple: I read books for aesthetic pleasure. That’s it. I really don’t give a [edit] about anything beyond entertainment when I read.”

“I did not like the novel, but I am just not a fan of post apocalyptic themed literature.”

“Feel less sure about the geisha situation than I did before.”

“Really quite boring, if you want to know the truth. Besides, what kind of name is “Waverly” anyway?”

“All philosophy / pondering the meaning of life, no action.”

“I guess the style is appropriate since the main character is an alcoholic who spends almost the entire story drunk. It just isn’t pulled off very well.”

“Why must the vast majority of classics focus on the hopelessness and misery that is the human condition?”

“I guess these days this would be called black comedy – a genre I don’t find funny today and I doubt I would have in 1759 either.”

“Rarely have I been so pissed off at a character in a book, he had everything going for him and decided to throw his life away for some silly tart.”

“This is one of those books that really serves to remind a modern audience of why we should kill whitey.”

“My unfavourite Dickens, I’ve never managed to finish it…”