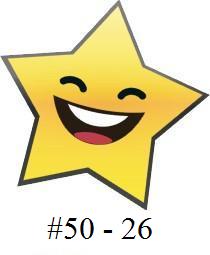 Welcome back my friends to the show that never ends. Actually, it ends next week, but this week merely continues the countdown of brutal one-star reviews on The Novel 100: A Ranking of the Greatest Novels All Time (by Daniel S. Burt). We groaned our way from 100 to 76, wept bitter years from 75 to 51, now we’re rounding the bend for the home stretch with numbers 50 to 26.

Once again, these are all real one-star reviews from real readers, culled from a popular reading site. I am not saying I agree or disagree with any or all of them, and I am not doing this solely to elicit gasps or chuckles. My only goal is to remind my fellow scribblers that for every single book ever written, there are readers who feel they are absolute drek. Take solace in that whenever you get a less than stellar review yourself, and know that you will. Unless, of course, you think you are oh so much better than every writer on this list, in which case you are delusional and there is just no helping you.

(reviews not edited for grammar)

“There’s a reason why this book has been lost by history.”

“Maybe I’m not clever enough, not feminist enough, or even just not woman enough…frankly I don’t care what you think of me as long as you never make me read this book again.”

“(I)t definitely embodies all the things that make me hate books.”

“What the hell is happening here?”

“The subtleties of Russian literature and nihilism are lost on me.”

“I hate this book and I hate Nathaniel Hawthorne for writing it.”

“The moral of the story seems to be that enough money can make even the most abrasive and obnoxious jerk seem like prince charming.”

“His style of writing is the most horrid and unreadable I’ve ever forced myself through and to this day I have not the slightest idea how I actually endured this whole book.”

“I never expected this book to be as flagrantly, unforgivably bad as it was.”

“This book is a very dry, written version of the Dead Poet’s Society without Robin Williams.”

“I hated all of this family.”

“…one of the most chauvinistic books I’ve ever read… This book made me want to tear my hair out and just bitch slap the hell out of everybody.”

“Gogol himself must have gone at one point ‘Eh, screw this’ and left it unfinished and the reader utterly confused and weirded out and SAD and grossed out by the unfinished product and by humankind in general…”

“Maybe I just don’t get the French.”

“I liked nothing about it, not the characters, not his style (very repetitive), not his use of words to convey thoughts or ideas…NOTHING!”

“Henry James seemed to have a thing against paragraphs.”

“…leaves you as if a crew had come in to take out your recently passed away Grandma’s belongings from her 50 year old apartment and just dump 7 truckloads of it in your frontyard.”

“Tedious and hopelessly intellectual without any sympathetic characters (I know, that’s the point).”

“The book is meaningless dribble; a joke Joyce pulled on Literature critics to make a point that the majority are over-analysing fools.”