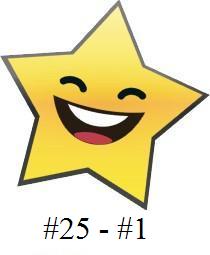 And so, it ends. Maybe with a whimper, maybe with a bang, maybe with a whoopy cushion. This week concludes our perusal of Daniel S. Burt’s list from The Novel 100: A Ranking of the Greatest Novels of All Time, with one-star accompaniment by 100 helpful readers, who really, really hated all of these books.

Two things. First, once again, I am not doing this (solely) to make fun of the reviews or the reviewers, but only to point out to my fellow authors that ALL BOOKS are going to get some truly AWFUL REVIEWS. You, me, Chuck Dickens, and even that 50 Shades woman. Every book that gets read is going to get read by people who are going to loathe it, and some of those people are going to tell the world. This social media / instant gratification universe is not always conducive to deeply thought out literary criticism. Anybody with a mouse can register their opinion on anything, and they do. So when your book gets panned (and it will) my advice is don’t even spare a grain of salt on it. Just accept it as part of the price of doing business, and get back to work.

Second, I should take a moment to note that the very idea of ranking books from 1 to 100, or in any other way, is of course ridiculous. Everybody has their own criteria when deciding they like one book more than the next, and the idea that one piece of art is somehow “better” than another is the sort of thing you can spend a whole night hashing out in the dorm commons. Burt’s list is of course just that: Burt’s list. So don’t throw anything at me if you get to Number One and think “WHAT!?!” 😉

That being said, let us now conclude the countdown of real one-star reviews from real readers, which I have not edited for grammar. Though I did take the swears out.

“I really do not recomend this book to anyone. Its almost sick and very racist page in and page out.”

“Not as bad as Last of the Mohicans knucklehead, but talk about dragging a short novel out to interminable lengths.”

“This book has inspired me to start a list of crap that is admired only because no one has the guts to admit they have no idea what the hell is going on. Although technically in this category, I give James Joyce the benefit of the doubt simply because I can’t understand anyone from Ireland anyway.”

“Was this book brilliant? Yes. Was it well written? Yes. Was it geniously structured? Yes. Was the Psychology incredible? Yes. Does that make me hate it any less? No.”

“I was never fully introduced to the root of the affair that existed between Gatsby and Daisy. So they were in love…yeah..I’ve been in love too, who cares?”

“I’ve given it no stars because I’m so full of magic realism. I’m real and can perform magic, and I’m far more convincing than this pretentious work ever could be.”

“I can’t even tell you the details of the story anymore although I finished it two minutes ago.”

“Faulkner is an a__hole. This crap was unreadable.”

“I had nothing but bad thoughts for the author. My favorite of which was, “I hope he’s burning in hell and they’re using his sh__ty book to feed the flames.”

“I literally threw this book across the room because I was so frustrated with every single character for hearing something and then automatically doing something ridiculous which then caused something else bad to happen and all of this could have been avoided if you’d just calmed down and listened to other people for five seconds.”

“The only admirable character in the entire book is Huck himself — the kid is surrounded by fools and tyrants and hypocrites. Which I guess is the point. But I still maintain that it doesn’t make for entertaining reading.”

“I had heard that this was the love story of all time…. Don’t believe it! The whole premise of the story revolves around a married woman Anna Karenina, who has an 8 year old son, and decides to cheat on her husband. This was not a love story, this was a Greek Tragedy.”

“(T)here were a few too many characters, but it was really cool when a whole bunch of people died.”

“Rich people living in big manor houses go to dances and listen to each other playing the piano.”

“This book was horrific. There was no point, no enjoyment, no anything save for a harrowing description, 900 pages in length, of some sad sack in a tuberculosis sanitarium.”

“An effete precursor to The Bridges of Madison County.”

“I have always wanted to read this book, albeit for the wrong reasons at first. I used to think that Moby Dick was the story about the guy who ended up in the belly of a whale.”

“Dostoevsky was a depressing wanker.”

“Oh, how I love the movie ’Back to School’!! And perhaps, if Sally Kellerman had sat and read Ulysses to me, I would have found it as enjoyable as Rodney Dangerfield did.”

“Basically a thousand page illustration of Tolstoy’s belief that stuff happens and no one can really do anything about it.”

“This is, undoubtedly, the worst book I have ever attempted to read. Surprisingly, I did enjoy the dinner theatre version of the musical, however.”