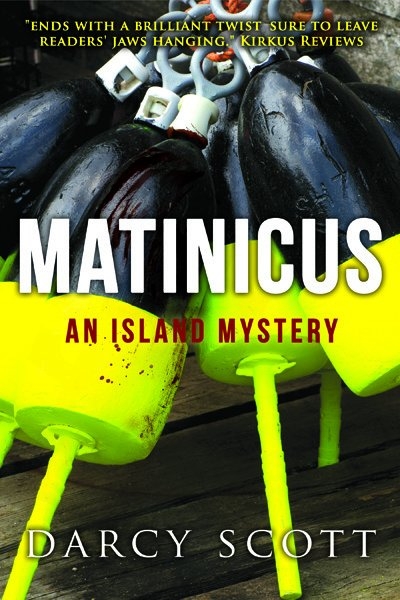 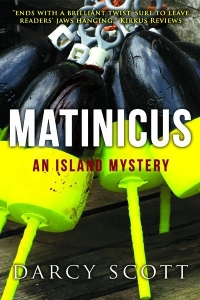 Matinicus pits a renegade fishing community against an unhappy child-bride of the 1820s, a defiant twenty-first-century teen, and a hard-drinking botanist—Dr. Gil Hodges—who escapes to the island of Matinicus to avoid a crazed ex-lover and verify a purported 22 species of wild orchid.

But if Gil’s hoping for peace and quiet, he’s come to the wrong place. Infighting among loose-knit lobstering clans have left them hostile to outsiders. When a beautiful stranger arrives, old resentments re-ignite and people begin to die—murders linked, through centuries of violence, to a diary whose secrets threaten to tear the island apart.

Matinicus is available through Amazon.com in print and for Kindle, Smashwords and select Indie book stores.

Here is an excerpt from Matinicus:

The light fades as I take up my pen, this book my only refuge against loneliness and the troubling omens of a strange new life. These past hours the most unsettling of all since my coming to the island, delivered up as wife to old man Isaac. A time of fire and death, and the arrival of a stranger whose presence in this house leaves me not a little afraid.

A chill fog having settled with the southwest breeze this noon, it was the smoke and not the sight of the stricken ship that first spoke of danger. My first thought was for the salt hay at the cove grown so close to harvest. Why, I wondered, had not the church bell been rung as is the custom here in case of fire? To be sure, such a thing might finish us all.

I saw it then, a glow to the west, the light shifting and hovering as if aloft, which as all know means a ship afire. One coming down full upon us.

Unseen feet pounded past me, setting the sheep to a fearful bleating as men shouted and made for the western cove and the place they call the Rumguzzle, so named for the launching of boats for rescue and salvage, much of it in the way of spirituous liquors. Grabbing my shawl from its hook, I called to Alice to pull the chowder from the fire, to turn the beans in a timely manner, and took myself there as well.

O, the eerie scene! The boys and few men not gone to the Banks for the summer fishing, Weston Philbrick, Squire Young and old Tyrus Wivell among them, and Tyrus himself half-addled even when not in rum, all of them, young and old, grown silent. Helpless and expectant amid the shale and dogweed of the cove, watching that awful, sulfurous glow until its direction and thus their action might be determined. The children were like puppies among them, happily freed from Weston’s schoolroom for the event, making a game of stamping out the cinders raining down upon us all.

That the ship had no steerage was certain; no one experienced as one must be to captain such a vessel would dare travel a fog-choked cut between islands as known for wrecks as is Matinicus. And though we could not as yet make her size, her rigging and sails were clearly ablaze.

Only moments later there came to us such a horrible creaking and grinding as ever I’ve heard, the ship doomed for certain now, fetched up hard as she was on the rocky ledges ringing this cursed place. And with an unholy holler that chilled my bones, the boys jumped to the rowing boats and made to pull off through the fog: the Crie brothers, Josh Ames, Daniel Norton and the like—the hope of plunder in their black little hearts. Isaac’s own Seth among them, though he be but five years.