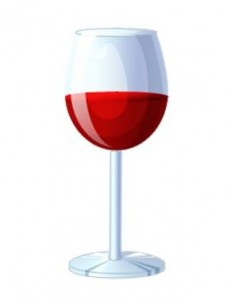 As the year draws to a close, numerous publications, blogs, and authors are beginning to take stock, heave a sigh, and wonder if next year will be the same rollercoaster ride as this year has been. One of the best posts I’ve come across so far is here, where Anne R. Allen gives a neat overview, delivered in an accessible and enjoyable tone, of the many recent and rapid changes. While I’m no fan of the word “dynamic”, it is difficult to think of a more appropriate word to describe events in the two main parts of the same publishing industry: Mainstream and Indie.

A little over a year ago, Amazon unleashed its KDP Select program which, like an exclusive yet venomous sponge, soaked up the saturation in the fiction market, to the point where Independent Authors had to give away thousands of free copies of their books, in the hope of achieving some visibility. For some Indies it worked: they saw their book downloaded thousands of times, so it went up in Amazon’s rankings, and they benefited from that visibility with hundreds of subsequent paid sales. Then Amazon moved the goalposts, changed the calculation of free downloads in its rankings, and left a lot of Indies feeling cheated, with some justification.

To remind all of us (as if we needed reminding) who’s the boss, Amazon responded to the sock-puppet scandal by deleting reviews which, it claimed, fitted a certain criteria and which were therefore suspect. At this time, our very own Stephen Hise summarised – with admirable restraint – just how much Indies were getting the thin end of the wedge.

As is Amazon’s habit, it ignores questions it doesn’t feel like answering, and only moves quickly when it senses a possible threat to its image in front of customers. It remains a fact that, in the second decade of the twenty-first century, if you have a book for sale on the Amazon US and UK sites, but don’t have a bank account in those countries, Amazon will only pay you your earnings by cheque, once you accrue $100 (£100), and a massive sixty days after your earnings cross that threshold. That’s right, while Lulu will send you your royalties, however infinitesimal, to your PayPal account at the end of every month, Amazon will only pay you by cheque, which of course allows it to use all those unpaid funds to make even more money for itself, bless its cotton socks.

But in the small part of the universe which Amazon doesn’t yet control, almost everything is affected by the behemoth’s actions. The Penguin/Random House merger is unlikely to be the only consolidation to come among the mainstreams, as they fight to react in some way to the threat. At editorial meetings among commissioning editors, it’s not too difficult to imagine the suppressed panic as they search with fevered brow for the next lowest-common-denominator mega-seller.

And speaking of lowest-common-denominators, I’ll end this column with this link, where it will come as no surprise to anyone that Publisher’s Weekly has named, as its “Publisher of the Year”, the lady who wrote the book-with-the-unmentionable-title. Many people will celebrate the success of the book-with-the-unmentionable-title as being a triumph of the Indie (even though it started out published by a small press). But each of us defines “success” in our own way. Doubtless shed-loads of cash is one possible definition, although I can’t help but wonder if anyone will be reading her books in five years, or ten years, never mind decades from now. Another measure of success is whether future generations will read your stories. When I read a book and get lost in a story created by someone who passed away decades ago, I tend not to think about how much money the author made when it was first published. In addition, the perspective helps: imagine how today we would laugh at a century-old newspaper headline like this: “New author secures record advance of £15, 3s and 2d”. It’s worth noting, because that’s how “$50 million” in earnings today will be laughed at by future generations of readers.

To me, 2012 has seen the industry continuing to move through a thickening period of commercialism, similar to the penny-dreadfuls and pulp fiction of decades past. Somewhat obviously, today it is impossible to take any longer, historical perspective, and thus to try and extrapolate where we might find ourselves in 12, 24, or 36 months’ time. But for now, many Independent Authors could be forgiven for refusing to see the glass half full, when we suspect that it may be a trick of the light, and the glass is in fact more than half empty.

12 thoughts on “Indie News Beat:
Is the Glass Half Empty or Half Full?”