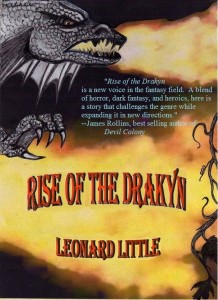 Chin held high, Lydia stared at the three tiered sails of the ship as it grew ever larger, closing the distance to the shore. Her heart sank as she lowered her gaze to their makeshift home of palm, bamboo and woven vines. They had left the front side of their hut open to the sea allowing its constant breeze to cool them during the day. When the weather turned, they would lower the swinging wall that shaded their work area, securing it with large stones Jayse had set at the corners.

Her gaze lifted to Jayse. Excitement shone in his eyes as he held their two year old son, Marcus, in one arm and pointed toward the rescuing ship with the other.

Lydia took hold of the amulet at her neck as memories of another ship, the one that brought them here five years ago, surfaced amid a torrent of conflicting emotions. Her insides felt like that ship, tossed by the towering waves of her desire for more time, and driven by the winds of prophecy that needed her son back in the world of men.

Any other person would have been overjoyed by the rescue, but Lydia was not any other person. She was Mas’Ara’s heir, the Princess of Destiny and soul-mate to Lan’Drea—the eldest of the golden earth dragons.

But Lan’Drea was dead, killed by Kre’Tul—a red dragon turned drakyn by the treacherous theft of his human soul-mate’s beating heart. The soul is tied to the blood, so his master Pentah immersed the heart in Mor’Drak’s fire, making it immortal. Then he implanted it in Kre’Tul’s chest, giving him full control of the shared human soul and immortality.

Lydia should be dead now, too. The life of a dragon-mate is intertwined with the life of their dragon. Death for one means death for the other. Unless a descendant of their human soul-mate has committed their soul, the dragon will die in a ball flame that consumes everything, but bone and scales the moment their soul-mate’s life ends. Humans are not so lucky. They can live several months after their dragons die, but their souls are torn in half. Like a dying ember, their life-fire dwindles to a tiny glow and goes cold.

Left with only half a soul, Lydia could not conceive. She had grown up knowing that the prophecy depended on her to provide a new heir. When her dragon was killed, she believed that she had doomed the whole world to a nightmare of darkness and carnage.

But destiny had other plans. Beaulonna, guardian of the four spirits of life, sent an unseasonable storm that drove their ship for five days before they crashed against the submerged reef that protects this island. It was the same island that Mas’Ara had sailed to five thousand years ago to hide the Sword of Souls.