Action sequences can make or break your book. We live in a world of action movies, but 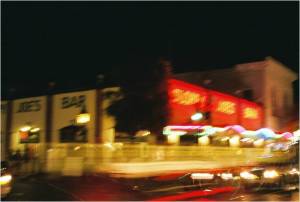 that doesn’t mean that our writing has to become one giant action scene. So, here’s a little checklist to make sure you don’t go overboard with your action scenes.

Consistency – Your characters need to stay true to themselves during action scenes. That’s not to say your hero can’t rise up to the conflict, but they shouldn’t develop any secret superhuman powers in the middle of the action (unless of course, that IS the story.) While in action scenes, your characters should still act and speak as they do throughout the rest of the book. A good way to check yourself—pull out dialogue from the first couple of chapters and compare it side by side with dialogue during an action scene toward the end of the story. You instantly see if there is a difference between the two.

Brevity – Break up your action scene. Even if the scene is an ongoing war between good and evil, don’t just describe the action, break it up with dialogue, your characters need to breathe, too!

Clarity – Keep the scene in check. Did your car chase scene involve fifteen vehicles that don’t matter to the story while taking the action three miles from where you started? Did the reader follow all of that? You would be surprised to learn that many readers skim the action to get back to the real story. Make sure it’s clear and concise.

Sentence Variety – Don’t get stuck in the … He jumped … He climbed … He kicked … He slid over the hood. You get it. It’s difficult to write good action scenes because there is a lot of telling, not showing. Make sure that you incorporate a lot of structural variety in your sentences. A good way to do that is to add in dialogue as noted above, and to intersperse narrative on what’s happening around the action. Is the action isolated or in a busy downtown area. What are the people doing around the action? Are they running for cover or gawking at the scene?

Believability – This is probably the worst part of summer action movies. The action scenes are rarely believable. Unless you’re dealing with a superhero or the paranormal, make sure you don’t defy the laws of physics. You can write excellent action scenes without having your character perform impossible stunts. While writing The Card, the main character climbs the steel girders of a stadium while being chased by the antagonist. I studied the construction of the stadium in order to confirm that the path our hero takes was doable. I also took pictures so that I could refer back to them while writing those scenes. Take a little extra effort to make it real; the readers will appreciate the writing much more.

Go ahead, have some fun with your action sequences. Who knows, maybe you’ll get optioned for the next big summer blockbuster screenplay!

What are some of the tricks that you do to “keep it real”?