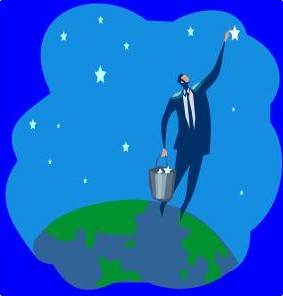 My posts here are generally informational, but I want to take up space with something of a more personal nature, though it might strike chord with some of you. Since we all know not to start with the weather, I’ll start with a dream.

This dream was decades ago, but I try to keep it in my thoughts. I was the MC or ringmaster for a show of some sort. And things weren’t going so good. Some underlings came to me saying that they needed special food and toys for one of the players. They hauled him in and it was this amazingly dorky little RainMan geek, not even verbal. He shambled out onto the stage and stood there, then let out this peculiar squawk. And the crowd went wild. This fat, pimply, four-eyed little gooner was what they came to see. I took it all in and told the handlers, “Look, we’re not exploiters here. Give him whatever he wants, keep him happy. Treat him good.”

I came to see the creative impulse as being like that. People want to think of it as a goddessly muse or some sort of James Bond genius down in the rag and bone shop making it all work. But I no longer believe that at all. It’s ugly little Morlocks scurrying around down there that enable the artsy Eloi to be beautiful. There’s not much understanding of it, and no real way to communicate. Except to keep it happy. And not get in its way. Which I am finding that running publishing/promo is doing and I’m not sure what to do it about it.

I have realized in time that my muse or subconscious or “nerd within” can’t get it up without knowing it will bring home the bacon. And what it likes is getting read. Knowing, or at least believing, that people out there are paying attention.

I have published since grade school, literally. I put out books and newspapers on little plastic rubberstamp presses, invented ways to make copies and publish them. I’ve published using Xerox, memo, heliogravure, fax, ditto, silkscreen, hectograph jelly. I was kicked out of Wake Forest for—among other things—publishing a magazine of astute socio-political commentary called “Up Your Ass” by breaking into the Baptist Student Union and rolling off copies on their Itek machine. What drove those efforts, and writing things down at all, was knowing that people would read it. It was a vehicle to other people and without them it made no sense at all.

Screw that “only write for yourself” stuff. That is dilettante talk. You can have orgasms with yourself, too, but that’s hardly the point, is it? If you only write for yourself the term “indie authors” is a meaningless tautology, isn’t it? The late, great author Ross Thomas told me something once, and I’ve heard it said, or agreed with, over and over: each writer is creating for a unique, personal audience. You might not even be aware of who that audience is, but they are there: somebody your Writer Within is trying to please. To impress, to outrage, to seduce, to entertain. It might be your mother, your first English teacher, the in-crowd down at Greenstreets on Friday nights, the other bozos in the newsroom, international colleagues in some obscure profession, anonymous posters in an internet forum, or some internalized construct like “New Yorkers who appreciate the finer things” or “guys who know the real deal about prizefighting.” But most artists have these ghost juries inside them, and try to impress them.

Maybe you don’t work that way. Or maybe you just never thought about it before. And I guess it’s too late to warn you now, but thinking about it and identifying your Inner Kibbitzer might not be a good idea. I have discovered you have to watch out actually coming into contact with the real world avatars of your Inner Fanbase. I started writing my “Weekend Warrior” columns—which went on to be a cult thing syndicated in “hip” papers all over the West and is currently a novel, of all things—for a small weekly in Pacific Beach, CA called “The Weekender”. It’s one of the biggest outpouring of sheer, untrammeled creative wildness I ever did. And I imagined all those cool dudes and (more to the point) chicks sitting in boardwalk bars with microbrews and racks out front for their fat-tired cruiser bikes… and just cracking up over my work, shaking their heads in sheer wonder at its excellence, and showing it to their admiring chums. Then I went to a party the publisher threw and met a bunch of people who said they were “my biggest fans”. Bunch of losers I couldn’t wait to get away from. NO chicks, no three-digit IQ’s. All they were getting out of it was—“Yo, mucho beers, dude!”

But it didn’t throw me off because I knew they weren’t the REAL fans. They were wannabes, poseurs, impersonators. The real fans were sharp, literate people reading me down at World Famous or Zanzibar, sipping their lattés amidst beautiful girls with bikinis and sun-blonde hair streaming in the Santa Ana wind. The REAL audience you write for may or may not have a name, or have a face, or have an Amazon account, but that’s just a mask, one of the thousand faces worn by your true hero, who lives deep inside of you, speaks only in cryptic squawks, and looks like a home-made cowpie.

Mysticism and advanced physics both lead us to the concept that “inside” and “outside” are connected up like mobius strip, an infinity symbol whose lines cross at a singular non-point. We hear about internalizing our teacher, about externalizing God. That what means the world to us is really a quantum mustard seed in our heart or the reflective apple of our middle eye. How many times we hear the deepest expression of love or worship to be, “You’re a part of me now.” And there are few human endeavors where these things are truer than in creativity. The unified force of the universe is love, which is the source or all creativity, both within and without.

I spent many, many years writing for a living, on deadlines. Often to see what I wrote get mangled. Or not paid for. Or even paid for and not run. But there was still the impression in my mind that I was writing something that would get published and read. I have thought it was all about the money, and said so. But I now know that there was always some inner reader I was addressing it to. Despite what you keep hearing, writing isn’t a business. Publishing can be a business if you want it to, but it’s basically a lifeline to Them. So now I’m writing novels and using cool modern publishing tools like Kindle and CreateSpace and weblogs. And desperately needing for them to bring in an income stream. But I write them to appeal, to ring the Big Bell. To get off somebody other than myself, even if in secret it is myself—a purer part of myself, probably. Hey, even whores fall in love.