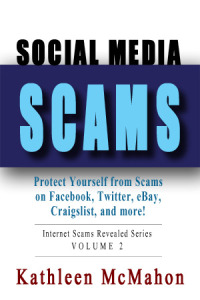 Social Media Scams is a comprehensive guide to understanding how to recognize and avoid Internet scams on the most popular social media sites in use today, such as Facebook, Twitter, Craigslist, eBay, and more. There is also a section on protecting yourself from online dating scams and a section on Internet security and children.

Internet scammers target people from all education and income levels and from all backgrounds. Anyone can fall victim to an Internet scam. This book will provide the tools you need to detect and protect yourself – and your money, from despicable Internet scammers.

Social Media Scams: Protect Yourself on Facebook, Twitter, eBay & More  was released in January 15, 2013 and is currently available from Amazon.com and Amazon UK. 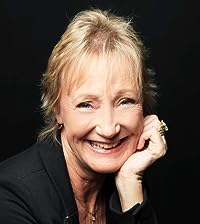 First of all, I must tell you up front that this article doesn’t contain strategies about how writers can market their books. It literally means writing – the actual words on the page – and I’m hoping it will serve as a reminder of something important that I, and many other writers, often forget!

Every now and then throughout my life, a tiny, nagging voice coming from some remote and forgotten recess in my brain used to tell me that I should write a book. On three occasions I nearly gave in (I’ve started two novels over the years and one self-help book back in the day when there weren’t so many on the shelves and may have stood a chance of getting noticed!). But after I moved to the beautiful Island of the Gods and writers’ sanctuary that is Bali, with no ‘proper’ job, a daughter in school all day, a husband working away from home over half the year and an idea, I ran out of excuses to give this pesky, persistent little voice.

It was ‘now or never’… and I had never wanted it to be ‘never’… so ‘now’ it was. It was time, in the immortal words of the brand giant Nike, to ‘just do it’. END_OF_DOCUMENT_TOKEN_TO_BE_REPLACED

[Indies Unlimited is brought to you in part by RelaXco Marketing Solutions, formerly known as Division 7 of the CIA.]

Hello authors. Is your book languishing on the shelves while other, less deserving books garner critical acclaim and record sales? Marketing is a tricky business, ill-suited to soulful creative types. The good news is there is now a marketing firm that can actually help you. Established by former government researchers, RelaXco uses proven brain science to help consumers sort through information overload to make the correct purchases.

With our technology unobtrusively positioned within normal-appearing commercial advertisements, not even your competitors will know the reason for your sudden success. It will be our little secret. If you doubt us, just try to come up with another reason Fifty Shades is a bestseller. We’ll look forward to hearing from you soon. 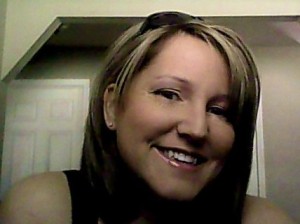 Kristie Haigwood (a.k.a. K.S. Haigwood) is currently writing her 8th novel. She lives in Arkansas, US. She is the mother of 2 awesome kids and 2 great dogs. She is happily married to her soulmate who thinks reading is a solid waste of time. Opposites attract. Kristie’s works include ‘Save My Soul’, ‘Forbidden Touch’, ‘Eternal Island’ and ‘Hell’s Gift’ (available on Amazon in ebook and print). ‘Eternal Immortality’, ‘Eternal Inception’, ‘The Last Assignment’ and ‘Good Side of Sin’ are all releasing soon. 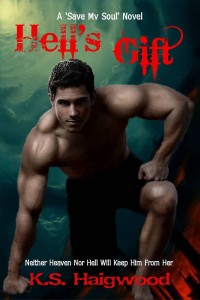 Depression consumes the guardian angel, Rhyan, after his human charge chooses her soulmate over him. Filled with anger and despair, he lashes out. And when his hate-filled words land him neck-deep in Hell, he realizes he’s gone too far. He expects trouble, but not to discover his own soulmate in the fiery depths. Abigail is there with good reason, but she’s done her time, and in order to save them both, Rhyan must strike a deal with the Devil. The stakes are higher than ever before, with his soul, his friends and even the fate of Heaven and Earth in jeopardy. If he fails, Rhyan stands to lose more than he ever feared. Will true love be denied? It will take everything he’s got to break down the traps Lucifer puts in his way. New lines are drawn and old scores are settled, and Rhyan is in for the fight of his life. With Abigail as the prize, and humanity in the balance, he will stop at nothing to claim…Hell’s Gift.