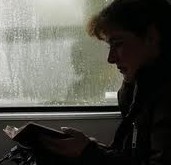 What is the biggest difference between a book produced by an Indie author and one produced via traditional publishing?

As a reader, I think the answer should be, “no difference.” At least not a difference I’d detect from reading the book unless it is something I’d perceive as a positive, like being in a favorite genre underserved by traditional publishing.

An author would probably define the biggest difference as having to deal with everything that comes after writing the book through a combination of doing it himself or herself, hiring professionals, and recruiting volunteers to help. These steps include cover design, marketing, and several editing and proofing steps. Many authors, especially Indies, use beta readers as part of this process.

Defining what a beta reader does is problematic, because different authors use them in different ways and at different places in the process. A definition that fits most is that a beta reader is someone, typically an unpaid volunteer, who agrees to read a book at some point during the process of editing and polishing, and give the author feedback from the perspective of a reader. This feedback can be high level (“I hate the protagonist” or “I didn’t believe the premise of the story”), low level (“you’ve got a typo here” or “I don’t understand what you’re saying in this sentence”) or somewhere in between (this scene didn’t work for me or I felt like there was something missing in this part of the story). Ideally, an author will have multiple betas so that they’ll receive feedback from readers with different tastes and skills. In his Seven Tips for Writers, K.D. Rush mentions several areas where his beta readers have helped him.

I’ve been a beta reader for several authors who each use their beta reader teams in different ways. Imogen Rose, the author of two successful indie-published young adult paranormal series, has built a process that’s the best I’ve seen. The process begins with steps that are close to what you might see from a traditional publisher. Content editing (by a former editor for a New York publishing house), followed by copy-editing and multiple proofreads (also done by hired professionals). Last, a team of beta readers review the book and it receives a final round of proofreads. Rose says, “Putting my books through an intense scrutiny like that makes me feel confident that I am putting out a product I can be proud of.”

With the exception of the numerous rounds of proofreading, this process might sound like what many of you do. However, Rose adds two significant improvements to this basic template. The first is that her process is iterative. When a change is made later in the process, it goes back to the people who performed earlier roles for review. The skills and points of view of those with different roles (beta reader, author, and editor) mean that each are focused on different things. The iterative process insures that any changes seem correct based on each person’s focus.

The other difference is that, rather than working in isolation, Rose sets up a private Facebook group with herself, editors, proofreaders, beta readers, and others as members. This group serves several purposes. First, status updates on the process keep everyone informed and builds anticipation among the rest of the team. Second, by interacting with others involved rather than working in isolation, it gives everyone a sense of being part of a team, with all the positives of that. (If you don’t know what those positives are, thousands of business management books explain them in excruciating detail.) Last, and possibly most important, it gives a vehicle to discuss things someone isn’t sure about. If one of the beta readers feels a particular scene doesn’t work, but the author isn’t sure whether to change it or if the change she’s considering will do the trick, she’ll throw it out to the group for input. If a beta reader is unsure about a particular section, but can’t decide if it is “just her” or she is having difficulty articulating her concerns, she can ask the group what they think. Often someone else will respond, “I wondered about that too, but didn’t mention it.” Then everyone can discuss the section and together determine why it wasn’t working for them. Allirea Brumley, one of Rose’s long-time beta readers, feels this helps make “a better book, and makes the process a whole lot more fun … Imogen has this talent to make her team feel special. I think that makes the team want to do great work for her.”

Traditional publishers have to use a process that is clearly defined, generic, and that will work with multiple books in the pipeline at once. Indie authors can gain a competitive advantage by building and improving on the basic process. Innovative uses of beta readers are one of those improvements.

19 thoughts on “Getting the Most from Beta Readers”