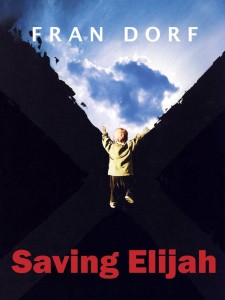 Author Fran Dorf is pleased to announce the release of her drama, Saving Elijah.

Part ghost story, part family drama, and part psychological thriller, Saving Elijah tells the story of Dinah Galligan, who while keeping a desperate vigil over her comatose son, Elijah, meets the mysterious Seth Lucien in the corridor outside the Pediatric Intensive Care Unit. A vain, outrageous spirit with a surprising connection to Dinah’s troubled past, and a master seducer’s awareness of her secret fears and regrets, Seth claims to know the future and tempts Dinah with a Faustian bargain: her son’s life for the use of her body. What mother wouldn’t willingly accept the trade?

Originally published in hardcover by G.P. Putnam & Sons, Saving Elijah was released in eBook in July 2012 by Fran Dorf’s Evolution Press. It is available for Kindle through Amazon.com, and Amazon UK.

“Like the best ghost stories, Saving Elijah is chilling to read, yet it’s impossible not to go on.” – Wall Street Journal 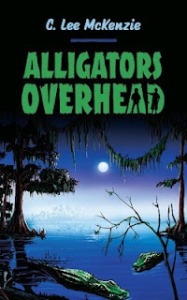 Alligators, witches and spooky mansions aren’t your average neighbors unless you live in the Ornofree swamp in the backwater town of Hadleyville. The town’s bad boy, Pete Riley, may only be twelve, but he’s up to his eyeballs in trouble. The trouble arrives when a legendary hundred-year-old mansion materializes next door and the Ornofree alligators declare war to save their swamp from bulldozers. Then Pete’s guardian aunt and her friends vanish trying to restore order using outdated witchcraft. Pete must find the witches and stop the war. He might succeed if his one friend, Weasel, sticks with him.

Here is an excerpt from Alligators Overhead: END_OF_DOCUMENT_TOKEN_TO_BE_REPLACED 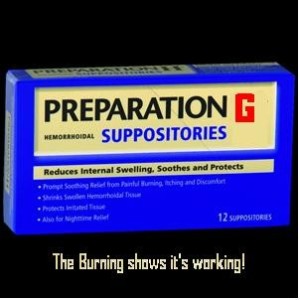 Indies Unlimited is brought to you in part by Preparation G.

Our own independent studies show that persons working as independent authors are 73% more likely than those in similar professions (such as trapeze artist and professional bull rider) to suffer from hemorrhoids.

Preparation G was designed to get to the bottom of the problem quickly. The active ingredients are a secret blend of caustic chemical agents that bring soothing relief (after a brief few moments of unspeakable pain) by searing the nerve endings. END_OF_DOCUMENT_TOKEN_TO_BE_REPLACED 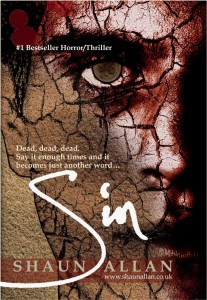 What would you do? Could you kill a killer? Does the death of one appease the deaths of a hundred? What about that hundred against a thousand?

What if you had no choice?

Meet Sin. No, not that sort of sin, but Sin, crazy as a loon (you ask Sister Moon), and proud of it. Sin locks himself away in an asylum and, every so often, gets violent. That’s only so they’ll give him those nice drugs, though. The ones that help him forget.

It’s a pity they don’t work.

Sin, you see, has a serious problem. Well, it’s not so much his problem, as ours – yours, mine and everyone else’s. People die around Sin. He doesn’t like it and there’s nothing he can do about it. But someone else knows, and Sin has to stop them… and himself…

The ebook plus autographed print copies of Sin are available from http://www.shaunallan.co.uk This title is also available from Amazon US and Amazon UK. END_OF_DOCUMENT_TOKEN_TO_BE_REPLACED