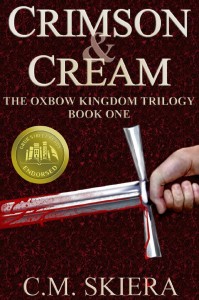 Author C.M. Skiera is pleased to announce the release of his epic fantasy book, Crimson & Cream.

Crimson & Cream recounts an unlucky orphan boy’s adventurous tale of flight and discovery as he unravels his tortured past while securing his tenuous future. The murder of Eadriel and Elvar’s parents forfeited their birthright and sent them fleeing for their lives. The fugitive twin brothers were adopted by an underground orphan gang. During a risky foray, a sentry chased the twin intruders into an unfamiliar cavern. Lost underground, they encounter a strange beast that changes their lives forever, and starts a harrowing journey for survival.

Crimson & Cream was published in August 2012 and is endorsed by Grub Street Reads. It is available on Amazon.com, Amazon UK, Barnes & Noble, Smashwords and other online booksellers. 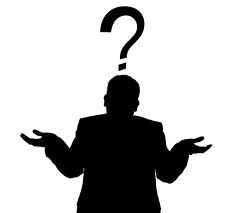 Indies Unlimited reader Renee Pierce Williams asks: “Who to choose and why? When self-publishing, who do you choose? What is the most cost effective route to take and why? Will they be able to provide hardcover, softcover and e-book formats?”

As the indie publishing industry evolves, the answer to this question becomes seemingly more complex. Watch this space for updated articles detailing the most common and profitable platforms for indie publishing. Meanwhile, check out our resource page I’ve Written a Book, How Do I Publish It. Thank you. 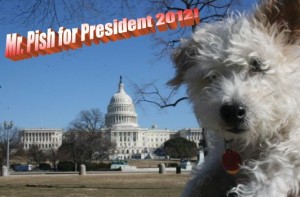 Times are hard, and we need a President who is not afraid to make the tough choices and take a stand—or a nap. The ugly truth is that the problem with all the men who have served in the highest office in the land, is that they are people. They lack both focus and flea collars. END_OF_DOCUMENT_TOKEN_TO_BE_REPLACED 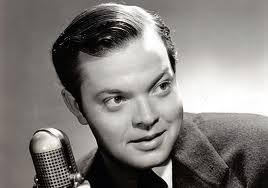 A lot of authors become unnecessarily stressed at the prospect of a radio interview. Maybe you hate the sound of your own voice. Maybe you think you’ll be asked a question for which you were not prepared and you’ll stutter and stammer and come off sounding like an idiot.

Well, you can relax. Those are the least of the things you ought to be worried about. The good news is that with radio, you have a lot of things working in your favor. For instance:
1. You don’t have to worry about shoveling out your Unabomber-type shack;
2. You don’t have to worry about your appearance. Go ahead, skip the shower. Do the interview in your bathrobe.
3. The only people listening to radio are behind the wheel of their automobiles, and they have other things to worry about—like texting friends. END_OF_DOCUMENT_TOKEN_TO_BE_REPLACED