Thomas Perry’s books have been a supportive reality for me for many years. I think we all have short lists of the writers we keep around until their ears are dogged because we can read them over and over, because they’re what we want when we’re too sick to get out of bed for a couple of days, or snowed in, or desperately in need of stepping out of the hell of our own world into one that’s been perfectly crafted and seeks nothing but to pleasure us. He’s one of my personal elite. And seems to step into that role for anybody exposed to his work.

Like a painter with “periods”, Perry’s work has four separate ages or stages. His first novel, “The Butcher’s Boy” won the 1983 Edgar Award. Aside from being an almost shockingly good mystery-thriller, it reveled in oddball characteristics. The main character, with whom we identify heavily, is a professional killer–rather more of a novelty at that time. We never learn his name. And he doesn’t get caught. His antagonist (unless it’s the other way around) is a female federal investigator who doesn’t even work crimes. Ten years later, Perry followed it up with “Sleeping Dogs”–the same killer, now with several names, re-emerging after ten years hiding away in England. Right on schedule, 2011 brought “The Informant”, in which the lives of the two main characters move close, but apart, in an adagio dance as intricate, charming and chilling as Starling and Hannibal Lector. 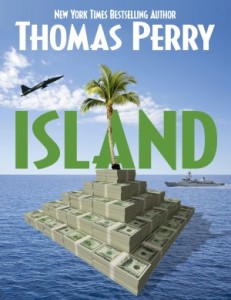 None of those ten-year waits went to waste. His second “period” is my favorite, three free-standing novels that a bookstore owner and critic I know once said are “a genre unto themselves.” “Metzger’s Dog”, “Island” and “Big Fish” are absolutely wonderful books that cram crime/danger, a sort of dry martini love/romance, and crush-inducing characterizations into completely unique plots that have nothing to do with what you expect in “this type of book.” And establish a salient feature of Perry’s work that runs true throughout: his women are amazing and splendid. Like Kawabata, but more so, he’s a man with a special genius for female characters and in each book creates unforgettable, resonant, powerful people. You’re nuts not to read these three books, which are back out as ebooks. Starting with “Island” wouldn’t be a bad idea. 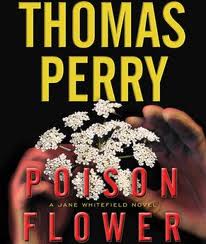 But speaking of mastery of women characters, he’s most known and read for his “Jane Period.” Jane Whitefield is a Native American who “takes people out of the world”. When you have to leave your life for good and never be found, she can do it for you. And as she does, the reader goggles and whistles at the iron-clad logic behind the little tricks and attitudes she uses. These are much-loved books with a softer love angle and a very hard-core approach to physical threat: Jane is almost always alone against bigger, stronger fighting men. This series drips accolades, including a host of special selections like the 100 Favorite Mysteries of the Century by the Independent Mystery Booksellers Association. The bookstore section sign for them would read, “Favorites”.

His current period is not a series, just a string of single titles, any of which has that “best-seller feel” And some of them are. His first “post-Jane” book, “Death Benefits”, like his early books, works out of a premise nothing like anybody else has touched. In fact, if you like your crime books nice and predictable like Denny’s restrooms, Perry might not be for you. Or more likely he would be, and open your eyes to wider possibilities.

Reading respectful praise he reaps from writers like Steven King and Robert Parker, a major theme that emerges is precise craftsmanship. Working as a commercial fisherman and machinist will do that for you. So will writing and producing a television series–perhaps you remember “Simon and Simon”. But the other motif you hear over and over in discussions about Thomas Perry is “originality”. His characters are authentic and different, and the plots and situations are never anything you expect or have seen before.

Which brings us to the tip he sent me. The funny thing is, he doesn’t think he gave me one. But I think it’s a damned powerful one. A Zen sage said, “The lack of a plan is in itself a plan.” And this “not a tip” is something that all of us should read over and absorb.

I’m afraid that I’m not the right person to ask about tips and tricks. I don’t trust them, so whenever one occurs to me, I push it out of my mind. Every time we write, the first effect is that we learn something through the effort. Using tricks would be like training to be a long-distance runner by trying to plot a course that will shorten the marathon. Eventually it will cost you some of the skill you would acquire by running the full distance. And tips are, by definition, something we get from others. In the end, our value as writers is simply what we’ve contributed that was original.

4 thoughts on “Tips From the Masters: Thomas Perry”