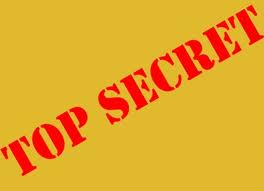 Indies Unlimited reader J. Johnson Higgins asks, “If you are an author and your writing is different from your other professional work, what are some best practices for keeping your identities under control so that they don’t harm one another? Fun examples: It’s cool if you’re a forensic psychologist that writes murder mysteries (everybody loves that) but if you’re a school guidance counselor that wrote a fiction novel titled “I Slept with Your Mom then Killed Her!” I imagine it gets really strange when it comes time to promote.”

The dual-identity problem isn’t limited to authors, of course. Back when I was on the radio, I had a friend and co-worker who took a job as a TV news anchor. She told me one of her worst realizations was that she could no longer go to the mall in sweatpants, with no makeup, because someone might recognize her “out of uniform.”

For a writer, probably the easiest solution to this dilemma is the time-honored tradition of using a different name. Historically, authors have used pen names for a variety of reasons. Lewis Carroll’s real name was Charles Dodgson; Mark Twain was born Samuel Langhorne Clemens. Women often published under pseudonyms to hide the fact that they weren’t men. Anne, Emily and Charlotte Bronte were first published as Acton, Ellis and Currer Bell. More recently, some of Stephen King’s books were published under the name Richard Bachmann because King’s publisher didn’t think readers would buy more than one book a year from the same author. Pen names are rife in the erotica genre. For example, Anne Rice published erotica under the names Anne Rampling and A. N. Roquelaure.

In terms of promoting your work, the anonymity of the Internet can work in your favor. In most instances, including on Facebook and Twitter, you can use your book cover, or some other picture, as your avatar. Eventually, someone will probably ask you for a head shot, but you don’t have to give them one. Even if you’re doing a personal appearance, you may never run into someone from work – but you can minimize the possibility by limiting your activities to groups like book clubs, and by scheduling your appearances several miles away from your co-workers’ stomping grounds.

If you’re desperate to keep your work life separate from your extracurricular activities, there are some other things to consider besides just putting a different name on the cover of your books. For one thing, don’t talk about your writing at work. Just as you wouldn’t tell your boss point-blank how much you hate your job (I mean, unless you wanted to get fired), it’s smart not to discuss your plans for world publishing domination with your co-workers. It’s highly likely that they’ll simply think you’re crazy for believing you’ll ever be a famous author, regardless of whether they’ve ever read anything you’ve written. But there’s always some scummy guy who will tattle to the boss that you’re planning to leave, even if you have no plans to do so right away – and the boss may use it as an excuse to help you out the door.

Which leads to a corollary rule: if you do start to make a name for yourself, be prepared for the backlash. The Internet makes it easy for a determined person to trace your pen name back to you. Have your exit strategy ready – just in case.

9 thoughts on “You Asked For It: J. Johnson Higgins”