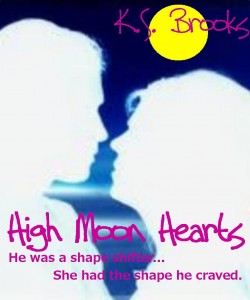 Of course, yes, I know you’ve been waiting for this. Who hasn’t been? I’ve already shared with you the formula for writing a blockbuster action/adventure bestseller, a knock-em dead romance bestseller, and a spine- and pants-tingling romantic thriller. I know you’re a tad disgruntled because those weren’t your genres of choice. But no worries, here it is – the long-awaited formula for that explosive young adult paranormal romance!

I’m a step ahead of you with my credentials for this one. I bet you didn’t know I’ve secretly been writing a vampire book for years. Yeah, that’s right, I started it back in 1998 I think. So I know a few things about vampires. And I’ve seen every bloody commercial for the sparkly vampire series, whatever that’s called. The clincher, however, is that I’ve been to the Olympic Peninsula of Washington State where they filmed those movies. That’s right. So listen up.

Follow my advice below, and you’ll be instructing your limo driver to plow down those paparazzis, my friend!

Your protagonist is a quiet teenage girl who has relocated to a new town where she knows no one. Both her parents are wrapped up in their careers, and she has no siblings. Her only friend seems to be her little white dog. This is cause for her brooding nature. So, let’s give her a name that’s a little funky, but exudes class. How about Portabella?

Finally, after weeks of being picked on by the other teenagers in her school, one of the boys steps in to defend her. He’s not the most handsome kid in the class, but there’s something interesting about him. So, let’s give him a deep name. How about Morel? Morel comes to Portabella’s aid, and then walks her home. Of course they were both all shy and awkward, and each time he looks at her she diverts from his gaze and that kind of syrupy stuff.

After that, any time something bad happens to Portabella, Morel is there. Papercut: Morel to the rescue. Wooziness from donating at the Bloodmobile: Morel is there. Menstrual cramps: again, Morel. Weird how he carries Midol with him.

Portabella starts to feel like someone is watching her. She’s right. Morel, despite his quiet demeanor, has an arch-nemesis. Let’s give him a scary and foreboding name like Russulo. And Russulo needs a girlfriend. Let’s call her Chanterelle. Of course, Chanterelle hates Portabella. Why? you ask. I can’t believe you had to ask. Chantarelle can’t be the most popular girl in school with only a three-syllable name. Portabella has four. Damn her! You know, there’s only one option – Portabella must die.

There’s absolutely no need to develop any of the characters. They’re only seventeen-years-old, and this book only covers about one month of their lives. The only thing that matters is the conflict, the little white dog, and the fact that the characters look tormented and really good with clothes on. Remember, this is young adult. PG-13, people.

One night, Portabella sees Morel outside her bedroom window. Then she sees Russulo. A fight ensues. It’s an other-worldly skirmish, with the two of them floating and roaring and shape-shifting in slow motion. Portabella thinks it’s probably a dream until Morel appears in her bedroom covered in cuts and bruises. She tends to his wounds and brings him hot chocolate. He confesses to her what he truly is: a pathetically pale, scrawny runt of the shape-shifting litter in his family. It’s then that they realize they are two peas in a pod, birds of a feather or just plain old desperate for some cuddling. Of course, nothing more than a kiss can happen because, again, PG-13.

Whilst all this emotionally- and physically-charged to-do is playing out, Russulo and Chantarelle are lurking about town, rallying their fellow evil shape-shifters to wage a war against Morel, Portabella, and the good shape-shifters.

The next day Portabella and Morel go to school, because even though the others are trying to kill them, not going to school is uncool. All YA stories need at least one moral – and there’s ours. I said moral, not Morel. Sheesh. Portabella is heckled and bullied and in fear for her life. Morel stays by her side, protecting her.

That night it’s a full moon. The shape-shifters’ powers are at their strongest. Portabella is restless, and despite being told by Morel that no matter what she should stay inside under her garlic blanket surrounded by silver stakes, bullets, and talismans, she goes for a walk in the woods to clear her mind. I know it’s ridiculous. But they always do it, don’t they?

Sure enough, the shape-shifters attack. Morel swoops in, and he’s brought friends. A battle ensues, and Portabella gasps and whips her head around a lot in her trademarked melodramatic fashion. All action stops dead when Chantarelle emerges from the house holding the little white dog and laughing maniacally. She taunts Portabella with the prospect of killing the cute little furball, and directs some choice insults at the good guys.

It turns out that the little dog holds the key to a portal of endless power for the shape-shifters. Now that Chantarelle has him, the evil side will be able to rule the universe. But first they must figure out what part the little dog plays in this puzzle. Before they can do that, the little dog bites Chantarelle and escapes to Morel. A bright, sparkly light emanates from the little dog, blinding and stinging the bad shape-shifters. They all swear to leave Portabella alone in order to make the light stop. They disappear quietly back into the woods. The sun rises, and Portabella and Morel make googlie-eyes at each other before locking lips.

Now, keep in mind that we didn’t kill off the evil shape-shifters. When they swore to leave Portabella alone, of course they lied. They’ll be back, and so will your sequel.

29 thoughts on “Formula for a Bestselling Young Adult Paranormal Romance”